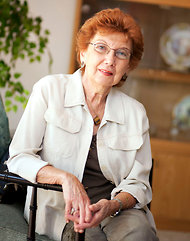 When Flora Goldberg tried to file her tax return last year, she learned that someone had beaten her to it.

With nothing more than ledgers of stolen identity information — Social Security numbers and their corresponding names and birth dates — criminals have electronically filed thousands of false tax returns with made-up incomes and withholding information and have received hundreds of millions of dollars in wrongful refunds, law enforcement officials say.

The criminals, some of them former drug dealers, outwit the Internal Revenue Service by filing a return before the legitimate taxpayer files. Then the criminals receive the refund, sometimes by check but more often though a convenient but hard-to-trace prepaid debit card.

The government-approved cards, intended to help people who have no bank accounts, are widely available in many places, including tax preparation companies. Some of them are mailed, and the swindlers often provide addresses for vacant houses, even buying mailboxes for them, and then collect the refunds there.

Postal workers have been harassed, robbed and, in one case, murdered as they have made their rounds with mail trucks full of debit cards and master keys to mailboxes.

The fraud, which has spread around the country, is costing taxpayers hundreds of millions of dollars annually, federal and state officials say. The I.R.S. sometimes, in effect, pays two refunds instead of one: first to the criminal who gets a claim approved, and then a second to the legitimate taxpayer, who might have to wait as long as a year while the agency verifies the second claim.

J. Russell George, the Treasury inspector general for tax administration, testified before Congress this month that the I.R.S. detected 940,000 fake returns for 2010 in which identity thieves would have received $6.5 billion in refunds. But Mr. George said the agency missed an additional 1.5 million returns with possibly fraudulent refunds worth more than $5.2 billion.

Florida, with its large population of elderly residents and health care facilities, provides a wealth of opportunities for swindlers. South Florida, which had the highest rate of identity theft in the nation, and Tampa have been hit hardest.

The United States attorney for the Southern District of Florida, Wifredo A. Ferrer, called identity-theft tax fraud an “epidemic.” He formed a task force of 18 federal and state agencies, including the I.R.S., to combat the problem. Despite those efforts, it is worsening, Mr. Ferrer said.

“The I.R.S. is doing what they can to prevent this, but this is like a tsunami of fraud,” Mr. Ferrer said. “Everywhere I go, every dinner, every function I attend, someone will come up to me and tell me they are a victim — people in this office, police officers, firefighters.”

In the past two years, the I.R.S. has recognized the severity and rise of this type of fraud, and its vulnerability to it. The ease of electronic filing and the boom in identity theft have outpaced the agency’s technological ability to detect this sort of fraudulent claim, senior agency officials say. The I.R.S. receives 100 million tax returns a year, most filed within a short period of time and a vast majority legitimate.

From 2008 to 2011, the number of returns filed by identity thieves and stopped by the I.R.S. increased significantly, officials said. Last year, it was at least 1.3 million, said Steven T. Miller, deputy commissioner for services and enforcement at the agency.

This year, with only 30 percent of the filings reviewed so far, the number is already at 2.6 million. The bulk are related to identity theft, Mr. Miller said.

The agency, prodded by lawmakers and the public, is moving more aggressively to stop the avalanche. It has increased the number of investigators, put in place better technology that flags more returns, distributed personal identification numbers to victims for the next filing season and hired more workers to help taxpayers get their refunds. The agency, which had $300 million cut from its budget this year, has invested the same amount in combating the problem.

The agency is also working with local law enforcement officials in Florida, allowing them to obtain information on tax returns with the permission of the rightful taxpayer, an important tool for investigators.

“We have gotten much better at it,” Mr. Miller said, “and still have a ways to go.”

At the same time, members of Florida’s Congressional delegation have introduced legislation to increase penalties on tax-fraud identity theft. A wide-reaching bill sponsored by Senator Bill Nelson, a Democrat, would also bolster protections for victims, help secure some Social Security numbers and make it easier for law enforcement agencies to work together.

“There is almost no disincentive, because the penalty is so low for a thief to do this repeatedly,” said Representative Debbie Wasserman Schultz, another Democrat who has introduced a bill. She said her South Florida office had been inundated with complaints about tax-fraud theft in the past year.

Flora Goldberg, an 80-year-old Broward County resident, provided one of them. Last year, she did what she has done for decades: she filed, or tried to file, her tax return, this time electronically. But she quickly received a message saying her claim had already been processed. One month later, she got a letter informing her that she had been a victim of identity theft.

Impatient with the bureaucracy and the delays in getting answers, she called her congresswoman. She received her $4,000 refund in December.

“After I got the letter, then I was a little hysterical,” Ms. Goldberg said, adding that the I.R.S. eventually assigned her a personal identification number for future use.

In South Florida and Tampa, the problem has gotten so bad that police officers conducting unrelated searches or simple traffic stops routinely stumble across ledgers with names and Social Security numbers, boxes of stolen medical records and envelopes with debit cards.

The Tampa Police Department set up a special unit last year related to this kind of fraud after officers continued to find an “ungodly amount” of identity-theft material, said Detective Sal Augeri, a veteran on the unit. Last year, the department handled nearly 1,000 incidents; this year, the number is “way, way above that,” he said.

When officials cracked down on those two avenues, the theft migrated to anywhere Social Security numbers are collected. Most vulnerable are records from health care facilities, assisted-living centers, schools, insurance companies, pension funds and large stores that issue credit cards. The police say employees steal the information and sell it, an increasingly common practice here.

Everyone is susceptible. Two dozen Tampa police officers, including one whose job it is to investigate identity-theft fraud, had their identities stolen and their tax refunds diverted this year.

Career criminals know easy money when they see it. The police say they run across street corner drug dealers and robbers who have been in and out of prison for years now making lots of money by filing fraudulent returns. Some have been spotted driving Bentleys and Lamborghinis.

“A gentleman, a former armed robber, said: ‘I’m not doing robberies anymore. This is much cleaner. I don’t even have to use a gun,’ ” said Sgt. Jay J. Leiner of the economic crimes unit in the Broward Sheriff’s Office, which has formed a multiagency task force.

Mr. Ferrer, the United States attorney, said he had seen tax fraud overtake violent crime in Overtown, a poor, high-crime section of Miami. He said criminals there were holding filing parties, at which they would haul out laptops and, for a fee, teach others how to run the swindle.

“There is no real competition,” Mr. Ferrer said. “They are not fighting each other. Altogether, they are stealing from the I.R.S.”