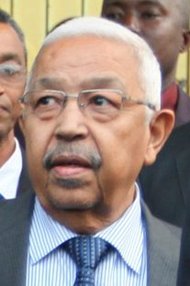 The record of governing in Africa has been poor enough lately that the Mo Ibrahim Foundation decided not to award the prize for the past two years. In many African countries, leaders have refused to leave office after losing elections, tried to alter constitutions to ensure their continued tenure or gone back on pledges not to run for re-election.

But on Monday the foundation of Mr. Ibrahim, a Sudan-born telecommunications mogul whose goal is to promote good government in Africa, announced it had picked Mr. Pires of Cape Verde, a sparsely populated former Portuguese colony of 500,000 people, mostly of mixed Portuguese-African descent. The islands are a perennial exception to the many low rankings that international organizations, including Mr. Ibrahim’s, give to nations on the continent for human rights and governing.

Mr. Pires served two terms — 10 years — as president until stepping down last month. During that period, the foundation noted, Cape Verde became only the second African nation to move up from the United Nations’ “least developed” category. The foundation says the prize is given only to a democratically elected president who has stayed “within the limits set by the country’s constitution, has left office in the last three years and has demonstrated excellence in office.”

Mr. Pires resisted suggestions that his country’s Constitution could be changed to allow him to run again, a further point in his favor, the foundation said. In addition to the $5 million award paid over 10 years, the winner receives $200,000 annually for life thereafter.

“It is wonderful to see an African leader who has served his country from the time of colonial rule through to multiparty democracy, all the time retaining the interests of his people as his guiding principle,” Mr. Ibrahim said in a statement. “The fact that Cape Verde with few natural resources can become a middle-income country is an example not just to the continent but to the world.”

Mr. Ibrahim publishes an index scoring African countries on how they govern, and this year the index noted significant improvements in Liberia and Sierra Leone, while nonetheless finding an “unchanged continental average” in “overall governance quality.”