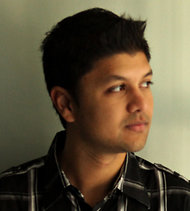 Shamir Ali, 24, faced deportation but was later freed under a new administration policy.

Since June, when the policy was unveiled, frustrated lawyers and advocates have seen a steady march of deportations of immigrants with no criminal record and with extensive roots in the United States, who seemed to fit the administration’s profile of those who should be allowed to remain.

But at the same time, in other cases, immigrants on the brink of expulsion saw their deportations halted at the last minute, sometimes after public protests. In some instances, immigration prosecutors acted, with no prodding from advocates, to abandon deportations of immigrants with strong ties to this country whose only violation was their illegal status.

For President Obama, the political stakes in the new policy are high. White House officials have concluded that there is no chance before next year’s presidential election to pass the immigration overhaul that Mr. Obama supports, which would include paths to legal status for illegal immigrants. But immigration authorities have sustained a fast pace of deportations, removing nearly 400,000 foreigners in each of the last three years.

With Latino communities taking the brunt of those deportations, Latino voters are increasingly disappointed with Mr. Obama. White House officials hope the new policy will ease some of the pressure on Latinos, by steering enforcement toward gang members and convicts and away from students, soldiers and families of American citizens.

In a June 17 memorandum, John Morton, the director of Immigration and Customs Enforcement, laid out more than two dozen factors that its agents and lawyers should weigh when deciding whether to exercise prosecutorial discretion to dismiss a deportation. The memo called for “particular care and consideration” for veterans and active-duty troops, elderly immigrants and minors, and those brought here illegally as children.

In August, the homeland security secretary, Janet Napolitano, announced additional measures to put Mr. Morton’s guidelines into effect, including a review of all deportation cases — about 300,000 — currently in the immigration courts, with the aim of closing cases that do not meet the administration’s priorities.

In a report released Wednesday, the American Immigration Lawyers Association and the American Immigration Council collected 252 cases from lawyers across the country who had asked Mr. Morton’s agency, known as ICE, to exercise prosecutorial discretion to spare immigrants from deportation. “The overwhelming conclusion is that most ICE offices have not changed their practices since the issuance of these new directives,” the report found.

“This is a classic example of leadership saying one thing and the rank and file doing another,” said Gregory Chen, director of advocacy for the lawyers association. The report found that training for immigration officers on the new guidelines had been lacking.

Officials at the Homeland Security Department acknowledge the policy’s slow start. Mr. Morton’s June guidelines were followed by a three-month lull, when resistance grew among agents in the field. In late September, Ms. Napolitano and Mr. Morton went on the offensive to press the policy, and since then Mr. Morton has been on the road inaugurating training programs.

“Like any major change in enforcement policy, this is a work in progress,” Mr. Morton said by telephone from Miami, where he was joining in a training session. “I have been handling much of the initial explanation myself, because I feel so strongly about it.”

The priorities did not apply for Neida Lavayen, 46, an American citizen in Elizabeth, N.J. After a three-year courtship, she had planned on Sept. 23 to marry Rubén Quinteros, an illegal immigrant from Uruguay. Mr. Quinteros, 43, had come legally to the United States, then stayed past his time limit. But once he and Ms. Lavayen married, he would be eligible for a permanent resident’s green card as the spouse of a citizen.

Eight days before the wedding, Mr. Quinteros was arrested by immigration agents. His lawyer, Heather Benno, argued that he should benefit from prosecutorial discretion, since he was days away from resolving his immigration status. He had no criminal record, had paid taxes and had provided vital support for his fiancée, who suffered domestic abuse in her first marriage.

Ms. Benno’s motions were denied. Ms. Lavayen found a pastor to marry the couple in the detention center, but immigration agents declined to release Mr. Quinteros for a few hours so he could go with Ms. Lavayen to get the marriage license, since registrars would not issue one without him. They were not able to marry, and Mr. Quinteros was deported Oct. 27.

“I never thought I would fall in love again and have dreams again and live such a beautiful romance,” Ms. Lavayen said in a telephone conversation, pausing often to cry. “How did my country take away my happiness?”

By contrast, a student from Germany received good news that he had not asked for. Manuel Bartsch, now 24, was brought to the United States when he was 10 years old, then remained without documents. He stuck to his studies and is now nearing graduation from a private university in Ohio. After a legal fight in 2006, the immigration agency suspended Mr. Bartsch’s deportation, said his lawyer, David Leopold. On Nov. 3, the agency surprised Mr. Bartsch by terminating his deportation case entirely.

Like others whose deportations are canceled under the new policy, Mr. Bartsch will remain in limbo without any positive immigration status, Mr. Leopold said. But he will be able to apply for a work permit, an identity document that can open many doors.

“Hats off to ICE in the field for following the directives,” Mr. Leopold said.

Outspoken resistance to the policy has come from Chris Crane, the president of the American Federation of Government Employees’ union local that represents ICE deportation agents. In testimony last month before the immigration subcommittee of the House Judiciary Committee, Mr. Crane said that Mr. Morton’s guidelines were too complex and “cannot be effectively applied in the field.”

Rather than adding flexibility, Mr. Crane said, the guidelines “take away officers’ discretion and establish a system that mandates that the nation’s most fundamental immigration laws are not enforced.”

Still, uncertainty about the policy among agents appeared more widespread than outright rejection did. That was the experience of Shamir Ali, a 24-year-old student born in Bangladesh, who was detained Oct. 19 when the police raided a Miami car rental agency where he worked, looking for someone else. Mr. Ali seemed to fit within the discretion guidelines: he had no criminal record and had been brought by his parents to the United States when he was 7. But immigration agents denied his first requests to be spared from deportation.

Then student groups staged protests on Mr. Ali’s behalf in eight cities. On Oct. 28, agents freed Mr. Ali on an order of supervision, also allowing him to apply for a work permit. For Mr. Ali, like Mr. Bartsch, that permit would be life-changing, since it would allow him to obtain a driver’s license and to enroll at resident rates in a state college.

Mr. Ali said he felt deeply grateful to the immigration agency. But he wondered: “If I didn’t have all that support, what would have happened to me?”