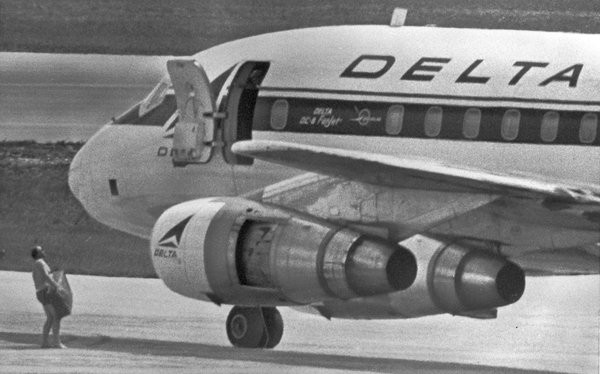 In 1972, dressed as a priest, George Wright was among hijackers who accepted ransom in Miami from an agent in a swimsuit. 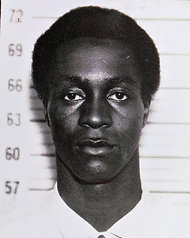 George Wright, in a 1963 photo, was arrested on Monday in Portugal.

Captain May and a flight attendant were standing by the cabin door that morning 39 years ago as passengers began to board the DC-8 in Detroit. The flight attendant was complaining about someone on an earlier flight.

The priest stepped onto the plane, looked straight at Captain May, nodded and headed down the aisle to his seat.

“I said: ‘A priest. Maybe there’s one we can trust,’ ” Captain May recalled on Wednesday. “That’s how wrong I could be.”

Captain May realized how wrong a couple of hours later, when the Miami-bound flight was cruising over Georgia. The priest pulled a gun from the hollowed-out Bible he was carrying and held the gun to a flight attendant’s head.

The gunman — no priest, but a convicted murderer in disguise who by some accounts had made extra money working as a model — was finally taken into custody in Portugal on Monday.

Captain May was among many who had crossed paths with the man the authorities identified as George Wright, 68 — and who on Wednesday found themselves reliving a bizarre drama that had the audaciously clever framework of an Elmore Leonard novel. And those who did not remember the case found themselves looking at grainy photographs of government agents delivering $1 million — the highest ransom of its kind at the time — in swimsuits so the hijackers would see they were not armed.

To some, the news that Mr. Wright had been apprehended was a throwback, the way catching Billy the Kid or Jesse James might have been in the days of gunslingers on horseback. Mr. Wright’s capture was a portal to an era of airplane hijackings and revolutionary groups like the Black Liberation Army that Mr. Wright had gravitated to.

“It brought it back — I’ve kind of been reliving it since I heard,” Captain May said. “The priest, he was the one who was so talkative. He was kind of running the show.”

The latest chapter unfolded quietly. Mr. Wright was picked up by the police after a task force of law enforcement agencies from the United States tied the fingerprint on his Portuguese identity card to the fugitive they had been looking for since Richard M. Nixon was president.

For 20 years in Casas Novas, a village overlooking the Atlantic Ocean about 26 miles from Lisbon, Mr. Wright had gone by the name Jose Luis Jorge dos Santos. He was known as “Jorge the Painter,” a man who painted houses and did other odd jobs. For a while, he worked as a chef, grilling chicken. He lived with his Portuguese wife and two grown children in a white-washed house with a yellow door and garden gate with a sign by the door naming it “Casa das Escadas,” or “House of the Stairs.”

“This is a big surprise,” said his nearest neighbor, Vitor Louçada, 62, a retired mason who sometimes traded fish he had caught for Mr. Wright’s chicken.

Mr. Wright’s Portuguese identification card said he originated from Guinea-Bissau, a West African nation that won independence from Portugal in 1974. The mayor of the area, Rui Franco dos Santos, said the only hint that Mr. Wright knew about American culture came in 1997, when Mr. Wright volunteered to help set up a youth basketball team.

In the end, the team turned to handball, and Mr. Franco dos Santos said Mr. Wright did not offer to coach that.

Mr. Wright appeared in court in Lisbon on Tuesday and asked to be released while the court reviewed the extradition request from the United States. But the judge ordered that he remain in custody, according to Laura Sweeney, a spokeswoman for the Justice Department.

Mr. Wright’s trail had all but dried up by 2002, when a regional task force was formed to find fugitives from New York and New Jersey. It included the United States Marshals Service and the Federal Bureau of Investigation, and it took up Mr. Wright’s case, eventually following clues that pointed to Portugal. Mr. Wright’s fingerprints, on file in this country from when he was arrested for murder in New Jersey in 1962, matched Mr. Jorge dos Santos’s prints in a Portuguese database.

The home in Casas Novas, Portugal, where George Wright lived and was known to others as “Jorge the Painter.”

In August 1970, he and three other men escaped from what is now Bayside State Prison in Leesburg, N.J.

Mr. Wright ended up in Detroit in a commune-like house on Manistique Street where it appeared the residents had practiced their own brand of religion. There was a mound of dirt in the living room, and in the center, a doll that had been stabbed with a knife. There were also a Bible and what the police said were astrological signs. The house is gone and it is now an empty, overgrown lot.

In 1972, Mr. Wright, dressed as a priest, was at the center of the group that hijacked Captain May’s plane, Delta Flight 841, and demanded $1 million, according to the F.B.I. The hijackers also demanded that the plane be flown to Algeria, where they were counting on asylum.

“He said, ‘You tell ’em this’ and ‘You tell ’em that,’ ” Captain May recalled on Wednesday. “I said, ‘You tell ’em,’ and I handed him the mike. He said, ‘If that money is not here by 2 o’clock, I’m going to start throwing a dead body out the door every minute after 2 o’clock.’ I really thought that was an empty threat, but you can’t be sure, and I didn’t know two of them were escaped cons in for murder. I’d have been a lot nicer if I’d known that. We had some pretty tough conversations going on. Then the F.B.I. guy said the money’s on the way.”

The plan was to send out a trucklike vehicle with steps that could reach the cabin door, and two people — one to drive the truck, the other to carry the suitcase with the money.

“They said, ‘I want these guys to come out here nude’ ” so it would be clear they were not carrying guns, Captain May recalled.

“I said, ‘Wait a second.’ I said, ‘These guys can’t come out here nude. Be reasonable.’ ” He said the co-pilot suggested bathing suits.

They released the passengers, and the plane left for Boston and then Algiers.

Four years after the hijacking, the others were arrested in Paris. But Mr. Wright remained on the loose.

Ann Patterson, the daughter of the man Mr. Wright had shot in 1962, said she “felt like a burden had been lifted.”

She said her father had been a driver in the Army and had been awarded the Bronze Star after getting his troops out when they came under heavy fire in woods in Italy.

Once, Ms. Patterson said, she asked, “Daddy, why did you do that?”

“He said, ‘Because they were my men and I had to get them out,’ ” she recalled.